Indianapolis Is America’s Best City For Renters In 2017 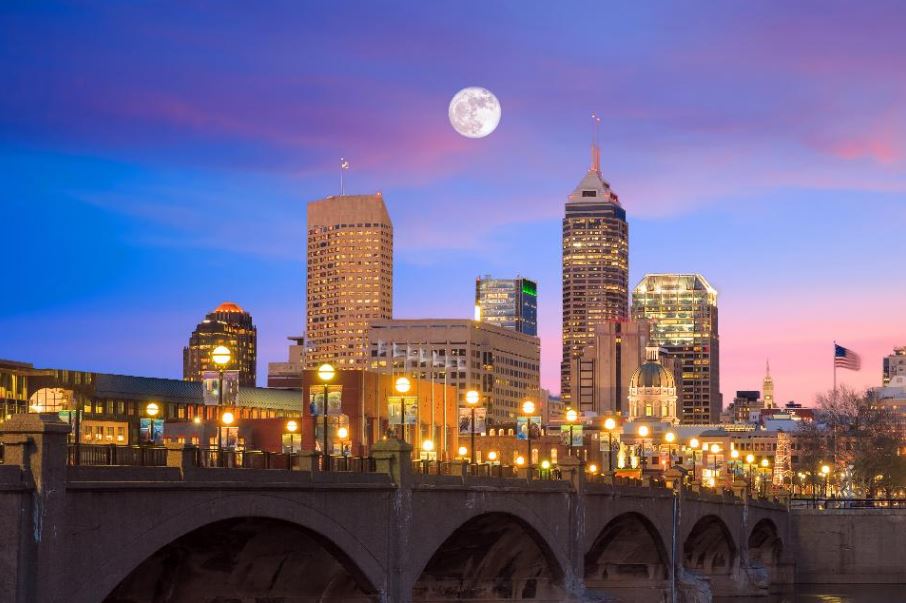 Indianapolis tops our list of the best cities for renters this year thanks to astonishingly low average monthly rents and astonishingly high levels of affordability.

The average Indianapolis rent is just $806, eating up a mere 17% of the median household income for the city. That makes Indianapolis the cheapest place to rent of the cities we analyzed and the second most affordable. Only Kansas City, Mo., has a better rental affordability score at 16% of income.

And Indianapolis has a 5.6% apartment vacancy rate, which makes it easier for renters to find a place and harder for landlords to hike prices — rent increased just 2.5% last year in the city.

Across the 46 large markets considered for this list the average rent was $1,284, up 3.3% year-over-year. That’s 27% of the median household income in these cities, a shade below the 30% of income level at which personal finance pros recommend capping housing expenses.

The average vacancy across these markets is 3.9%, which is near an all-time low. In recent years there has been substantial hand-wringing over the homeownership rate, which has hovered near its lowest level since the Census Bureau began tracking it in 1965. (It’s currently 63.7%.) However, most of those would-be homeowners are not living in their parents’ basements, as the well worn Millennial cliché would have you believe. Declining vacancy rates show us that by and large they are living in rentals–often with roommates, sometimes with more people than a unit was designed to accommodate.

Since the Recession America has increasingly become a nation of renters. Demand is high and rental markets across the country are under pressure. In the last four years most of the new apartments that have been built and have been quickly filled on a national basis.

“Part of the ideology of homeownership was that it would always go up in value,” say John Chang, head of research at Marcus & Millichap, the commercial brokerage and research firm that partners with Forbes on this list. When that was disproven in the housing crisis many people questioned the wisdom of “buying a home with a white picket fence.” Millennials especially seem to favor a more rental friendly lifestyle.

Interestingly, Indianapolis and other cities near the top of our best for renters list, buck some of these trends, which is part of what keeps them reasonably priced. Chang points out these are markets where the economic dynamics lean in favor of homeownership and there aren’t huge numbers of people coming and going.

In Indianapolis the homeownership rate is 53.87%, which is relatively high for large cities. The city has added and absorbed 2,000 to 3,000 apartments annually for the last 10 years. Since the recession the city has seen stable, though not explosive growth.

The aim of Forbes’ annual list of the best places to rent is to provide a snapshot of the financial reality of being a renter in each market. St. Louis is ridiculously cheap, but that doesn’t mean it is the ideal place to build your life or career. Go in with you financial eyes wide open.

Marcus & Millichap provided the data for the list. The brokerage and research firm tracks 46 large markets where they see investor demand. For each of those cities they compiled four key stats that went into our tally:

Using this data Forbes ranked the metro areas by each metric. We then came up with a composite score. Affordability—apartment rent as a share of household income—made up 40% of each area’s score. The other three metrics were equally weighted to make up the remaining 60%.

For more context on all 50 metro areas, check out the Forbes full list. They’ve also include average monthly mortgage payments, median household income and 2016 employment growth for each city.