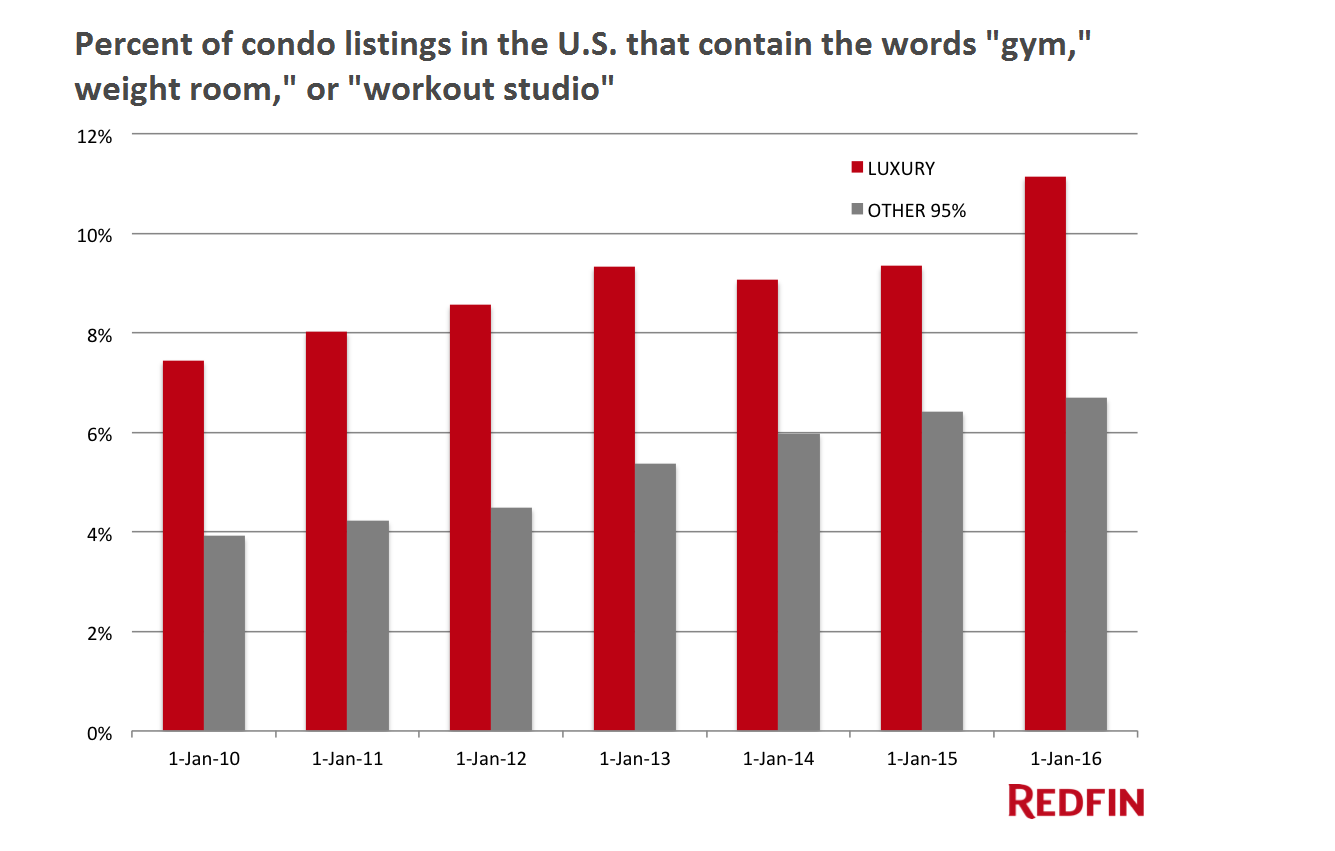 Much like people seek out apartments and condos near good schools and restaurants, it seems a new community staple is garnering attention of would-be renters and buyers: gyms and workout studios.

MarketWatch staffer Sally French reports that the percentage of listings in luxury apartments that contained the words “gym”, “weight room,” or “workout studio” rose to 11% in January 2016 compared to 7.4% in 2010, according to Redfin.

In all other apartment buildings and housing developments, the percentage of gyms rose to 6.7% in January 2016 compared to an increase of just 3.9% in 2010.

CrossFit is a major attraction for many. “A lot of the people I know who do CrossFit want to live near the gym because they either work crazy hours or because they are motivated people,” Hatfield said. “They don’t have a lot of time. Living near the gym to cut down on commute time is one way to solve that.”

One of real-estate developer Ben Shaoul’s condo developments sits atop of a 30,000 square foot, luxury Equinox Fitness Club in Manhattan’s Lower East Side. Equinox, he says, is having a big impact on his bottom line. Read more on this topic in a separate MarketWatch article, here.