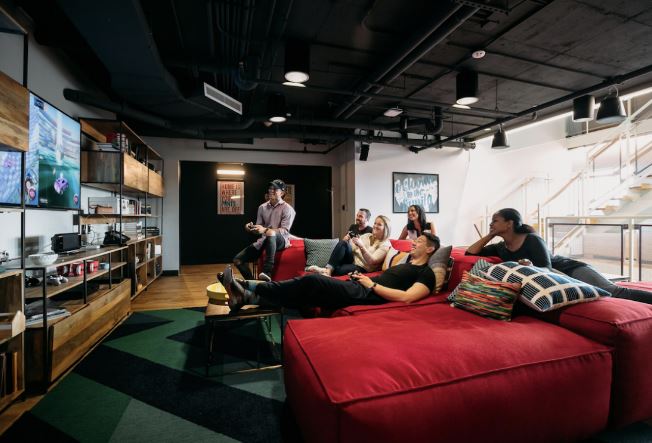 With the number of single adults across the age spectrum growing each year, providing affordable housing options that cater to this demographic is an increasingly prominent priority for developers and policymakers.

By supplementing smaller apartments with expanded common areas and amenities, these co-housing models foster an isolation-combatting community experience not found in more traditional multifamily buildings. Co-living, a concept the office disruptor WeWork has invested in and has ambitious plans for, is an extreme version of co-housing popping up in urban, high-rent areas. Its emphasis on shared spaces, all-inclusive rent, move-in-ready suites and numerous events and programs all managed by a universal app unites residents in a “dorm for adults.”

Modern technology has made space conservation easier, as documents, videos, music and other media have become fully digital and accessible through the cloud. With smart design and convertible furniture elements, residents may find the small square footage sacrifice they make in co-housing barely perceptible.

There are a number of recently delivered projects exemplifying this trend, like Nash House, designed by PLP Architecture and built by The Collective on the outskirts of London. It provides a full range of amenities, including a gym, computer rooms, a spa, entertainment spaces, a restaurant and bar, for its young professional tenants. This type of intentional, sustainable, collaborative housing combats the loneliness that many single adults face due to our modern, tech-centric lifestyle.

In a way, co-housing mimics the archetypal small town communities of yesteryear, in which neighbors feel encouraged to spontaneously and harmoniously interact, participate in community activities, and have access to facilities on-site that a conventional multifamily property fails to provide. As a result, co-housing advocacy groups representing millennials and older generations have sprung up across the U.S.

“To make co-housing practical, proponents have to contend with restrictive housing codes in many jurisdictions that make the creation of these models challenging, or prohibit their construction outright,” Altman said.

For example, the New York City Zoning Code sets density controls that specify average unit sizes at 600 to 700 SF, making it difficult, if not impossible, to have a preponderance of smaller units. This poses difficulty for even the most creative, resourceful developers with co-housing plans. Designers must consider how to integrate their visions into the landscape and mitigate local officials’ density-related concerns.

“Rather than allowing these housing models through case-by-case waivers, New York City should develop statutory and regulatory approaches that would facilitate, rather than discourage, these and other innovative housing models,” Altman said.

The benefits of co-housing can be enormous. With greater space efficiency, building costs per person housed can be kept at financially manageable levels, creating affordable, trans-generationally appealing housing. These co-housing developments are building communities, which are the social fabric of society.

“As we meet the needs of a growing population and new household configurations, new housing models should be considered so that we maximize resources and meet changing needs,” Altman said