Why America’s New Apartment Buildings All Look the Same 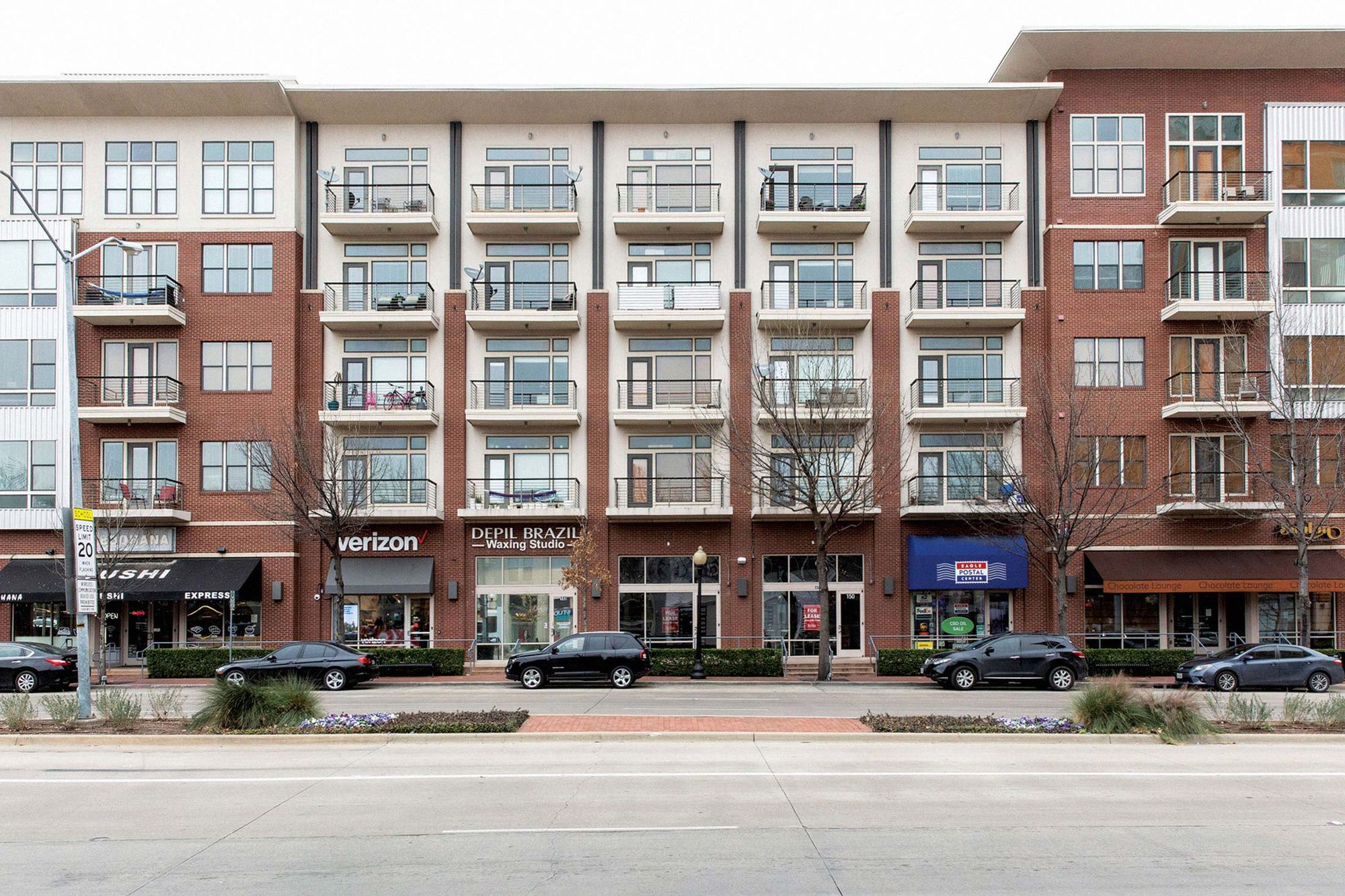 Why America’s New Apartment Buildings All Look the Same

Cheap stick framing has led to a proliferation of blocky, forgettable mid-rises—and more than a few construction fires.

These buildings are in almost every U.S. city. They range from three to seven stories tall and can stretch for blocks. They’re usually full of rental apartments, but they can also house college dorms, condominiums, hotels, or assisted-living facilities. Close to city centers, they tend toward a blocky, often colorful modernism; out in the suburbs, their architecture is more likely to feature peaked roofs and historical motifs. Their outer walls are covered with fiber cement, metal, stucco, or bricks.

They really are everywhere, I discovered on a cross-country drive last fall, and they’re going up fast. In 2017, 187,000 new housing units were completed in buildings of 50 units or more in the U.S., the most since the Census Bureau started keeping track in 1972. By my informal massaging of the data, well over half of those were in blocky mid-rises.

These structures’ proliferation is one of the most dramatic changes to the country’s built environment in decades. Yet when I started asking around about them, they didn’t seem to have a name. I encountered someone calling them “stumpies” in a website comment, but that sadly hasn’t caught on. It was only after a developer described the style to me as five-over-one—five stories of apartments over a ground-floor “podium” of parking and/or retail—that I was able to find some online discussion of the phenomenon. 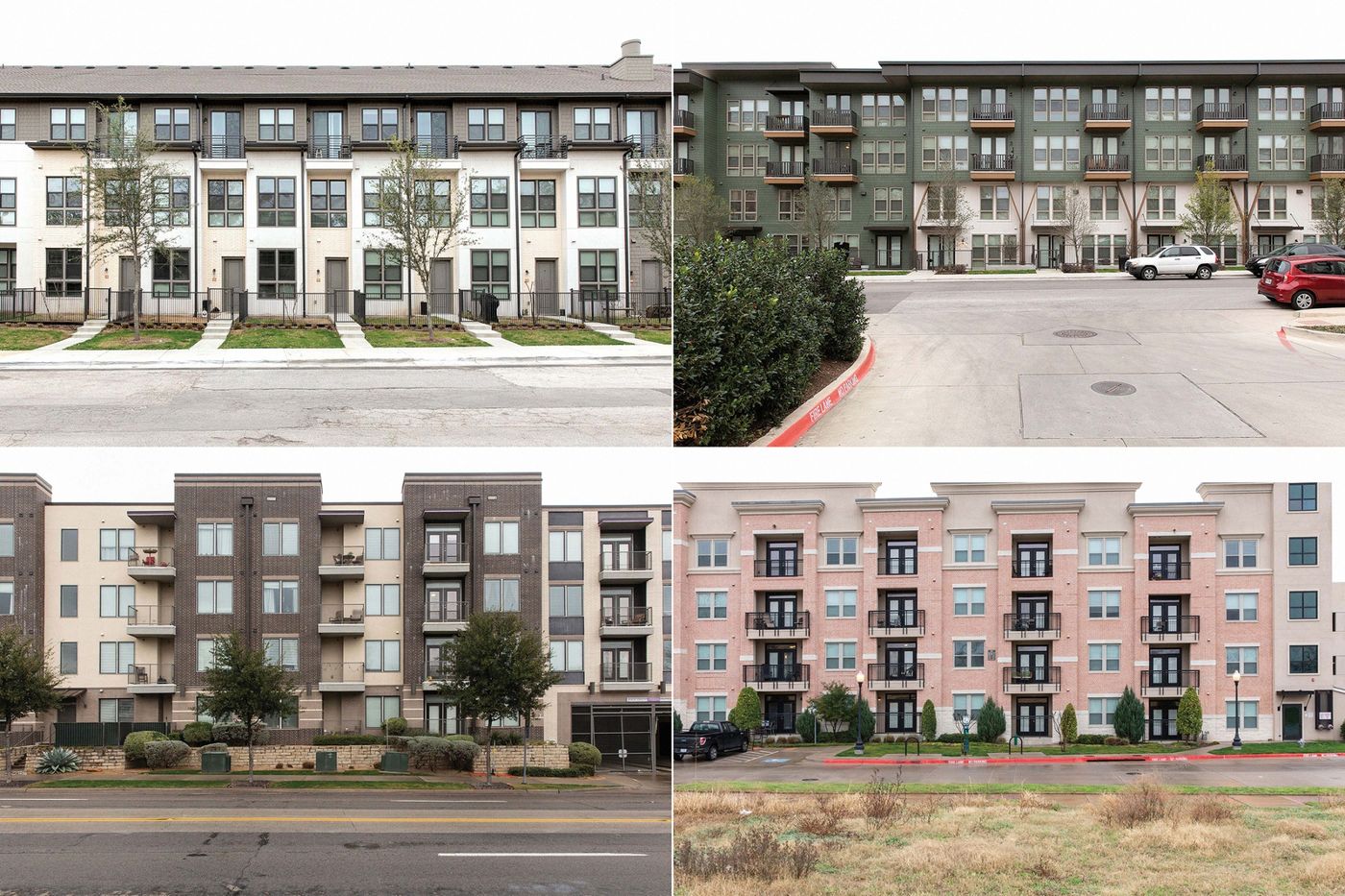 The number of floors and the presence of a podium varies; the key unifying element, it turns out, is under the skin. They’re almost always made of softwood two-by-fours, or “stick,” in construction parlance, that have been nailed together in frames like those in suburban tract houses.

The method traces to 1830s Chicago, a boomtown with vast forests nearby. Nailing together thin, precut wooden boards into a “balloon frame” allowed for the rapid construction of “a simple cage which the builder can surface within and without with any desired material,” the architect Walker Fieldwrote in 1943. “It exemplifies those twin conditions that underlie all that is American in our building arts: the chronic shortage of skilled labor, and the almost universal use of wood.” The balloon frame and its variants still dominate single-family homebuilding in the U.S. and Canada. It’s also standard in Australia and New Zealand, and pretty big in Japan, but not in the rest of the world.

In the U.S., stick framing appears to have become the default construction method for apartment complexes as well. The big reason is that it costs much less—I heard estimates from 20 percent to 40 percent less—than building with concrete, steel, or masonry. Those industries have sponsored several studies disputing the gap, but most builders clearly think it exists.

They’re also comfortable with wood. “You can make mistakes and you can cut another piece,” says Michael Feigin, chief construction officer at AvalonBay Communities Inc., the country’s fourth-biggest apartment owner. “With concrete and steel, it’s just a lot more work to fix problems.” If supplies run out, adds Kenneth Bland, a vice president at the trade group American Wood Council, builders “know they can run to the nearest big box and get what they need.”

They can also run to the nearest big-box store to find workers. Stick construction allows builders to use cheaper casual labor rather than often-unionized skilled tradespeople. And it makes life easier for electricians, plumbers, and the like because it leaves open spaces through which wires, pipes, and ducts can run. Still, there’s a reason why stick wasn’t the default for big apartment buildings until recently, and why these buildings are limited in height: Sticks burn.

It was the Great Chicago Fire of 1871, which destroyed thousands of balloon-frame buildings, that brought this lesson home. Before long, the city instituted a ban on wood construction that’s still partly in place today. New York City had declared its downtown off-limits to wood construction in the early 1800s, eventually extending the proscription to all of Manhattan, plus the Bronx, Brooklyn, and parts of Queens and Staten Island. By 1930, a list of fire-resistance best practices compiled by the U.S. Department of Commerce was recommending stick-frame bans in dense urban neighborhoods and a two-story limit for everywhere else. Stick construction had effectively been banished to the suburbs.

By the second half of the 20th century, the suburbs were where America was moving, and as they evolved from bedroom communities into a new kind of city, the stick building evolved with them—into forms such as the “dingbats” of Los Angeles (one or two stories atop a carport) and the parking-rich garden-apartment complexes outside Atlanta, Dallas, and other metropolises. Building codes evolved, too, as insurers and fire-safety-equipment manufacturers pushed for scientific, “performance-based” codes that emphasized lab-determined fire-resistance ratings over specific materials and incorporated new technologies such as the automated fire sprinkler.

This gospel spread fitfully in a country where codes were a municipal affair, but it did spread, abetted by three regional organizations that produced model codes for cities to adopt or adapt to their own purposes. The most successful body was the aspirationally named International Conference of Building Officials, based in Southern California, whose Uniform Building Code was by 1970 at least partly followed by 9 in 10 Western cities. The UBC, updated triennially, ushered in the age of the mid-rise wood-frame apartment building.

Some of the details are lost in the mists of time, or at least in dusty archives, but the tale seems to have gone like this: The first UBC, issued in 1927, allowed for wood-frame apartment buildings three stories high. The risk of earthquakes inclined officials to be tolerant of such frames, which handle shaking better than brick walls do; the presence of a large timber industry in the Northwest was also a factor. In the 1950s the story limit increased to four if an automatic sprinkler system was installed. Square-footage restrictions were eased if building segments were separated by firewalls—initially masonry, then simpler-to-install gypsum board. By the 1970s it was possible to build four wood-framed stories atop a concrete podium. Then, in the early 1990s, came a breakthrough.

Los Angeles architect Tim Smith was sitting on a Hawaiian beach, reading through the latest building code, as one does, when he noticed that it classified wood treated with fire retardant as noncombustible. That made wood eligible, he realized, for a building category—originally known as “ordinary masonry construction” but long since amended to require only that outer walls be made entirely of noncombustible material—that allowed for five stories with sprinklers.

His company, Togawa Smith Martin Inc., was working at the time with the City of Los Angeles on a 100-unit affordable-housing high-rise in Little Tokyo that they “could never get to pencil out.” By putting five wood stories over a one-story concrete podium and covering more of the one-acre lot than a high-rise could fill, Smith figured out how to get the 100 apartments at 60 percent to 70 percent of the cost. The building, Casa Heiwa, opened its doors in 1996, and the five-over-one had been invented. (“Let’s put it this way,” Smith says. “No one has challenged me to say that they did it first.”) The public didn’t take note, but West Coast architects and developers did. They could now get near-high-rise densities at a wood-frame price. Soon, the rest of America could, too.

Despite the regional groups’ efforts, many architects, developers, economists, and federal housing officials still found local codes parochial and backward-looking, charging that they thwarted innovation and inflated costs. One response came from legislatures, which began increasing state authority over codes. Another came from the regional groups, which in 1994 started work on a single national code. Faced with a major challenge resolving differences over building heights and areas, the responsible committee settled on a somewhat radical precept: If a building could be built under any of the three old codes, it could be built under the new one. Under the 2000 International Building Code (IBC), the stick-built mid-rise podium apartment building was free to migrate eastward.