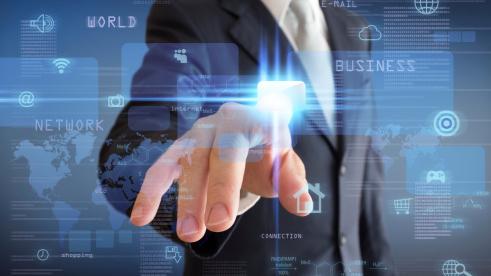 In recent years, Indianapolis has ranked near the top in several national studies for tech-job growth. This week, a new report showed that Indiana is strong in that area as well.

The Hoosier State added 8,787 software jobs between 2014 and 2016, according to a survey published Tuesday by not-for-profit research group Software.org: the BSA Foundation.

The state likely owes its strong showing to the creation of homegrown tech companies, like employee-engagement-software firm Emplify, and expansions from out-of-state tech firms, including Salesforce and Emarsys.

New companies continue to spring up, such as text-based-recruiting outfit Canvas, and firms including IT-giant Infosys have significant hiring plans underway.

“Continuing to market our software competency will be vital to our success in the coming decades. Alongside our growing technology ecosystem, traditional Midwestern companies recognize they must quickly adapt to a digital world. We ship Canvas with love from Indiana because we know we have the talent required to compete on the global stage.”

Software.org’s report, titled “The Growing $1 Trillion Economic Impact of Software,” focused on software’s impact on gross domestic product and jobs throughout the country.

Also, Indiana didn’t fare too well with respect to research and development spending by its software companies. These companies expended $222 million on R&D in 2016, which was 3.4 percent of total R&D spending by companies in the state.

That was the third-lowest percentage among 50 states and the District of Columbia, and was far behind the nation’s average of 19.6 percent.

The Software.org report comes on the heels of a few other tech-focused reports in which Indianapolis ranked high, including a CBRE study that placed it 5th for tech job growth and a Brookings study that ranked it 7th for how fast it has increased its share of national tech jobs.