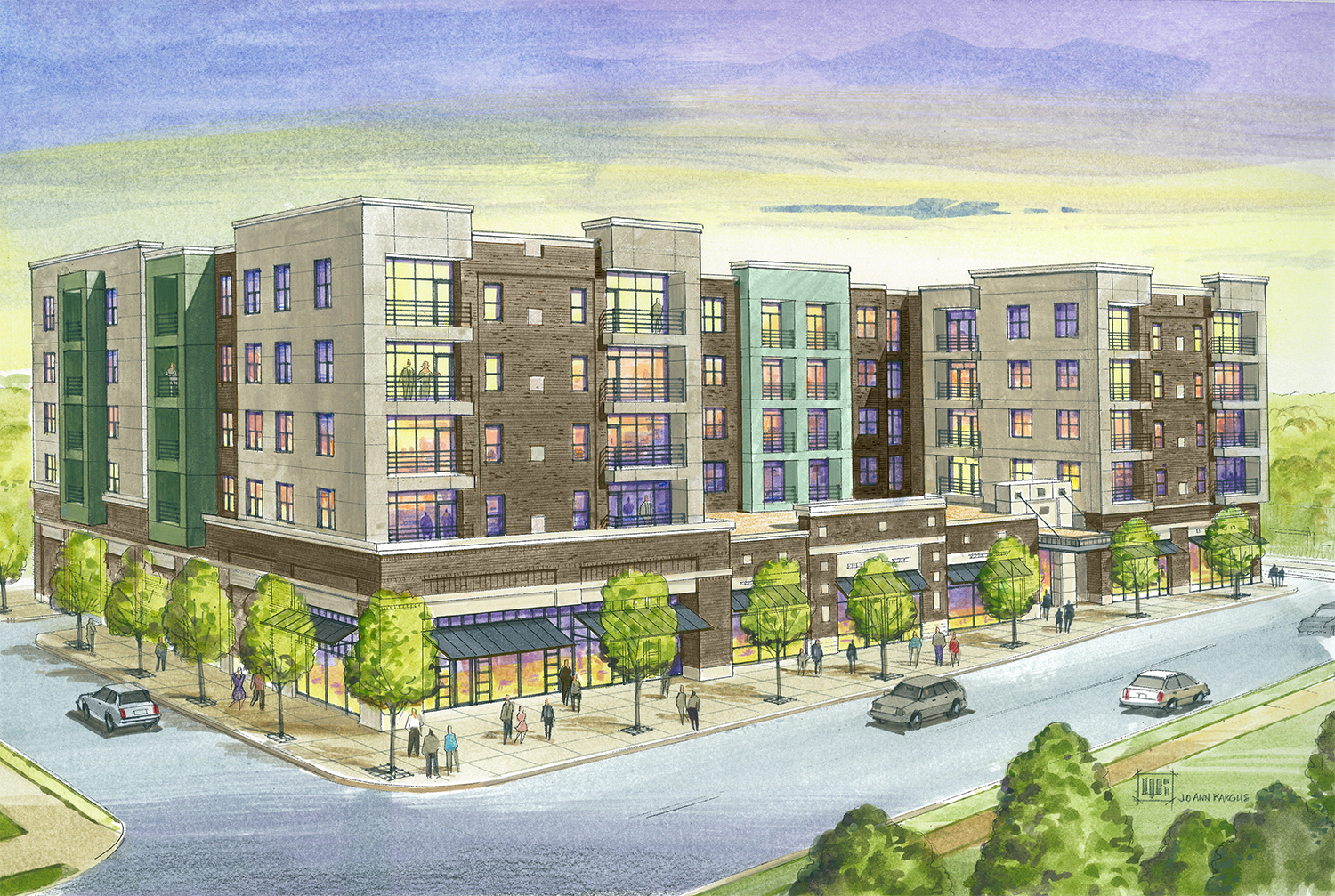 Developers of an apartment project in St. Louis’ Dogtown neighborhood say they’re in talks to open a grocery on the ground floor of the proposed building.

Pearl Companies of Indianapolis has already won neighborhood backing for the 100-unit apartment building at 6300 Clayton Avenue. Dogtown residents in January voted to support a zoning variance that would allow the five-story structure to be built at the site of a former lumberyard.

Materials submitted to the St. Louis Tax Increment Financing Commission don’t identify the grocer but say the retailer is local and negotiations are ongoing. The project would include about 16,000 square feet of commercial space on the ground floor, a retail component residents wanted in a development of the site. They had opposed a prior plan four years ago.

The developers say the grocery would occupy all of that ground-level space, according to documents submitted to the city.

The company is seeking $3.8 million in TIF assistance for the $25.6 million project. That is just less than 15 percent of the project costs, the unofficial St. Louis ceiling for TIF assistance.

TIF diverts increases in property and sales taxes to developers for use as project costs. The St. Louis TIF Commission is scheduled to hear a developer presentation at 8 a.m. Wednesday at 1520 Market Street and set a full public hearing for May 31.

The project also calls for 127 underground parking spaces for residents. Almost 90 of the 100 apartments would be one-bedrooms or studios, with the remainder slated as two-bedroom apartments.