The Coliving Trend: Sharing An Apartment With Strangers 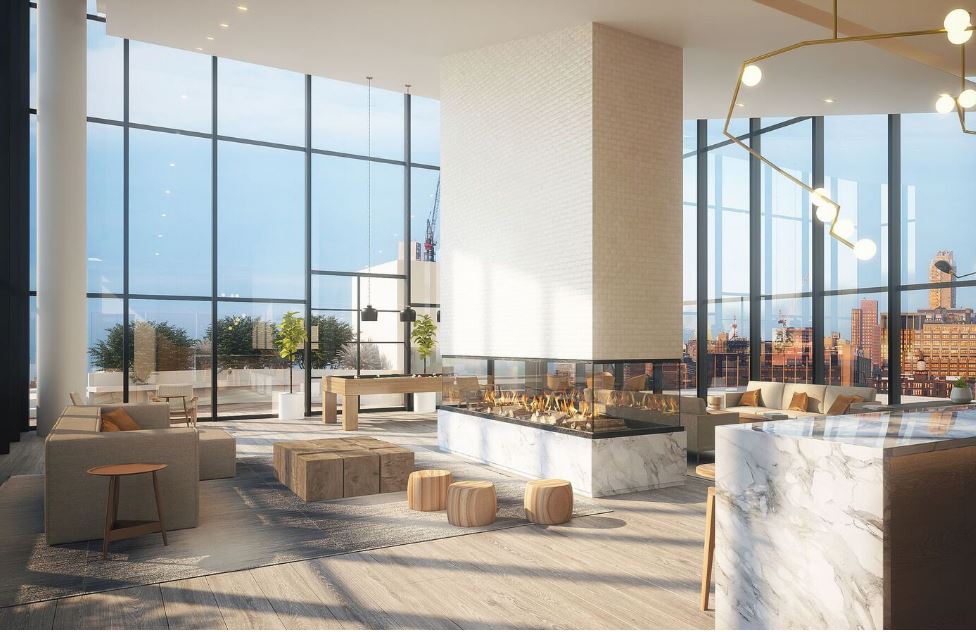 Over the last decade, Long Island City, Queens, has become a refuge for Manhattan professionals who want a short commute and an apartment in an amenity-laden high-rise, but don’t want to split a Murray Hill two-bedroom three ways to get it.

But as rents have climbed — studios in the neighborhood now average $2,405 a month, according to a March market report from the brokerage MNS — more people have turned to informal shares. The problem is that larger apartments are designed with families in mind, making for awkward shares when divided among friends. Or worse, strangers. Chris Bledsoe, a founder and chief executive of the co-living operator Ollie, is hoping that a new development at 29-26 Northern Boulevard will change that.

“It marries the concept of micro-living with a shared suite,” said Mr. Bledsoe, whose company also operates the city-sponsored micro-unit building at Carmel Place, in the Kips Bay neighborhood in Manhattan.

At the Northern Boulevard project, being built by Simon Baron Development and Quadrum Global, 13 of the 42 floors will be dedicated to co-living. Composed of two- and three-bedroom shared suites with a total of 426 beds, Ollie asserts that its Long Island City project will be the largest ground-up co-living development in North America. The other floors will include traditional rentals, with the fourth mostly given over to amenities, including an indoor pool, to be shared by the building.

Unlike a standard three-bedroom unit, where a large chunk of the square footage has been devoted to shared living space, and small bedrooms are used primarily as places to sleep, these co-living suites have been specifically designed to accommodate roommates who may not know one another well.

The bedrooms will be larger — from 90 to 187 square feet — than those in most new developments, Mr. Bledsoe said, and include convertible furniture that borrows from micro-living, like a bed that converts to a sofa (mattresses will be flippable, with harder and softer sides), a wall-mounted smart television and a built-in armoire. Rooms will also have individual temperature controls and, perhaps most important of all, soundproofing.

“We put the insulation between bedrooms that we’d normally put between units,” he said.

Each unit will also have a kitchen and at least one bathroom (many will have two, and some bedrooms will have private baths), but no dedicated living room. The assumption is that tenants will spend most of their time holed up in their bedrooms, or else out in the communal amenity spaces.

A number of start-ups have entered the co-living market in the last few years, among them WeWork’s residential arm, WeLive, and Common, but most projects have focused on smaller-scale renovations, creating what are essentially luxury iterations of group-house living, rather than large-scale, ground-up construction. Though it is clear that most players see this as the future of the market: Common recently opened a ground-up development in Boerum Hill, Brooklyn, with space for 140 residents.

Mr. Bledsoe said that while multifamily investors could be wary of new models, he hoped that the Northern Boulevard project, which was able to secure a $150 million construction loan from the American International Group, would show institutional-grade developers that co-living is not a narrow niche.

To that end, Mr. Bledsoe said that Ollie, which like the others expects to draw most of its tenants from the young professional pool, has tried to make its marketing materials less aggressively hipster-ish.

“We realized we have a long tail of non-millennials, which is important when you’re scaling,” he said. “You’re not going to fill up 426 beds with freelancers and tech workers.”

Rents at the project, which have yet to be made final, are expected to start around $1,450 a month per room, and will include all furnishings, Wi-Fi, premium cable, social activities and weekly housekeeping with fresh linens and towels. Even the shampoo and conditioner bottles will be topped off regularly.

To address the fact that many potential tenants may not know people in the city with whom they might share an apartment, Ollie has developed an app, called Bedvetter, to help people select and match up with roommates. Rooms in the building will not be rented out individually. The start is planned to coincide with preleasing, in October. Completion is expected in January 2018.